themarkymark (80)in LeoFinance • 5 months ago 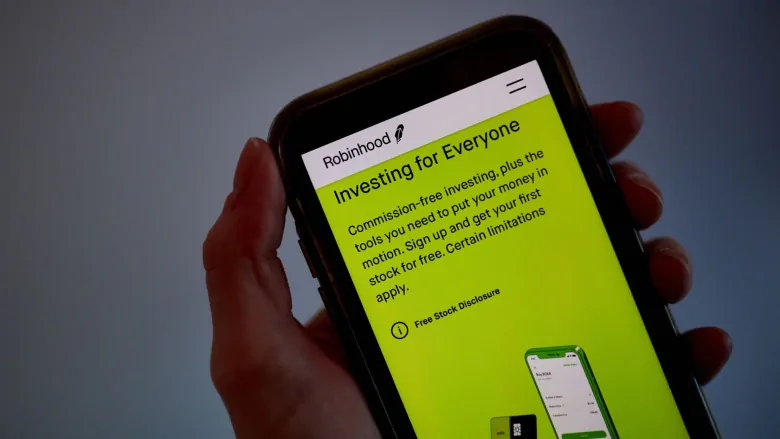 Robinhood has played a key role in the recent events regarding GameStop and other recently heavily traded stocks. Ironically it is nothing like what their brand name implies, in fact it has been quite the opposite.

Robinhood's mission is to democratize finance for all but their recent actions show this is all for show. When the chips are down, they clearly know who is paying their bills. I came across this tweet earlier, and if you look at the fact that 40% of Robinhood's revenue comes from firms like Citadal according to Bloomberg it begins to make sense.

In fact it makes so much sense, there is a class action lawsuit already started against Robinhood and their actions in recent events.

So that gets me to Google, they have deleted at least 100,000 angry reviews of the Robinhood app stating these reviews are not organic. The result of these reviews significantly reduced Robinhood's 4.7 star rating, which has since been restored.

In a dialog with Gizmodo, Google states it has rules against "coordinated or inorganic reviews.".

I especially love the responses from Wall Street in this clip.

Securely chat with me on Keybase

Why you should vote me as witness

On the surface this is terrible, but it could lead to good things, people are becoming more united over this. My hope is that this WSB movement continues and more collusion is exposed and it empowers some massive whistleblowing

Looks like Webull (Who also Halted Trades) is down to a 2.9 Rating. I have been unable to read any since they may also be in the process of purging reviews. I think it's important for consumers who are thinking of switch from Robinhood to Webull know that Webull is just as evil. For some reason everyone is fixated on Robinhood, but they were not the only Platforms to Halt Trades.

They all are so deeply connected to each other. Corruption is just part of the system, none of them thinks that people should have a chance to participate in 'their' market. If I see and hear those snops talking, it leaves me with blunt rage. They are openly enraged over the fact that they could not 140% Short the GME Stock to make their Profit, those Maggots of an outdated and overblown Wall Street Bubble.

I'm just glad that we had the Crypto Sphere around for more than ten years now.
Thanks to Crypto and I want to stress that as much as possible...

...casual 'degenerates' (as WSB Members call themselves) understand how the markets work. A lot of people understand it better than most of the older Wall-Street-Gurus. We could see whole ecosystems rise and fall in this space. It's in a way educational like nothing has ever been before in the financial world. The former Chairman and leader (for 8years, until 1 year ago) of the group is a huge and open ETH Fanboy after all.

So yes, let me END this comment with the obvious. #DEFI #CRYPO #HODL #DiamondHandsOnGME

ps.: I think Musk might actually be an alien by now. He instantly crashed Tesla ~6-8% (~30-40 Billion) by supporting WSB and he does not give a flying F. What a Legend of Freedom, the real Robin Hood. It was that moment he took their side, that the level of exposure went global and everyone is watching now. The man with the (personal) highest Stock Value positions turns his back on wall street, from China to Mars, everyone noticed. That is a lot of edits!

Yeah, I just went on and on and on.

Btw I watched the Movies you recommended, 'Almost Famous' and 'Predestination' thanks for that, those are real Gold Nuggets.

Whenever the little guys win, the big guys get scared. They know their "success" is built on nothing tangible, while we regular folk actually know how to do things that matter--like recognizing liars and thieves and opposing them, or defending good people from attacks by "elites" (like government going after nuns for not funding abortion or hedge funds working to speed the demise of a struggling company.) We outnumber them, just need to start acting like it. Great article. !WINE

Fucking insanity. They may have the inside track, but it's moves like this that will further and further divide us from their idea of a world order. When will there be enough of us? Which line needs to be crossed? This is unprecedented and disgusting. Robin Hood, my ass.

It does seem like every day gets worse with how far out of line companies will step and how little control we have to do anything about it.

Every time I see your name I think "thecryptodrive" and think he came back to Hive.

Aww... I'm not sure who that is, but it sucks to know my name will have that effect on some people. lol
But yes, this kind of manipulation is happening all over the place. It needs to stop, and I love the initiative and creativity shown by groups like wallstreetbets. So much smarter than me! :)

Oh you cannot remove the other failure.

This is a complete marketing disaster and has proven to world that this company cannot be trusted and these companies really harvest your trading data and sell it to these big huge hedge fund guys.

Personally the CEO and entire staff need to end up in prison.

Sure yeah throw them in a minimum security prison but it is still going to make a huge impression that we are not going to tolerate this kind of behavior.

Personally I think that Robin Hood needs to be dissolved as a company and the assets need to be paid out to the individuals or even allow them just to transfer their contents to another wallet or platform with no fees.

Marketing-wise how could you ever trust this company ever again... There's no way to scrub this from the minds of the consumers that trusted this company.

And in fact where is the security and exchange commission? Where is the lawyers.

Unfortunately the SEC is on their side and might do their best to protect them.
Let’s see how the class action progress, could be a big amount of money in settlement behind the scene that should go back to RH users.

now's a good time to move away from google search to duckduckgo! I use it for years and rarely need to go back to google

I have tried duckduckgo a few times and the results are atrocious. I just end up using google bypass feature.

I'd say HIVE based rating sites would be very welcome.

"not organic".. smh angry customers who had their trade abilities frozen should be allowed to give whatever review they want on the service without it being removed... those bastards

Thanks for explaining it so simply... Everything is rigged against the little guy..

Hypocrisy on all around

I love all this stuff. It is just driving more and more people to cryptos and blockchain for decentralized environments. :-)

I don't really understand how this can be considered inorganic.

"Ironically it is nothing like what their brand name implies, in fact it has been quite the opposite."
Everywhere! We are "Robinhood", we care about your health/safety=control, we are the "good ones"...straight up lying in your face🙃.
But they exaggerate everywhere & wake up more people...